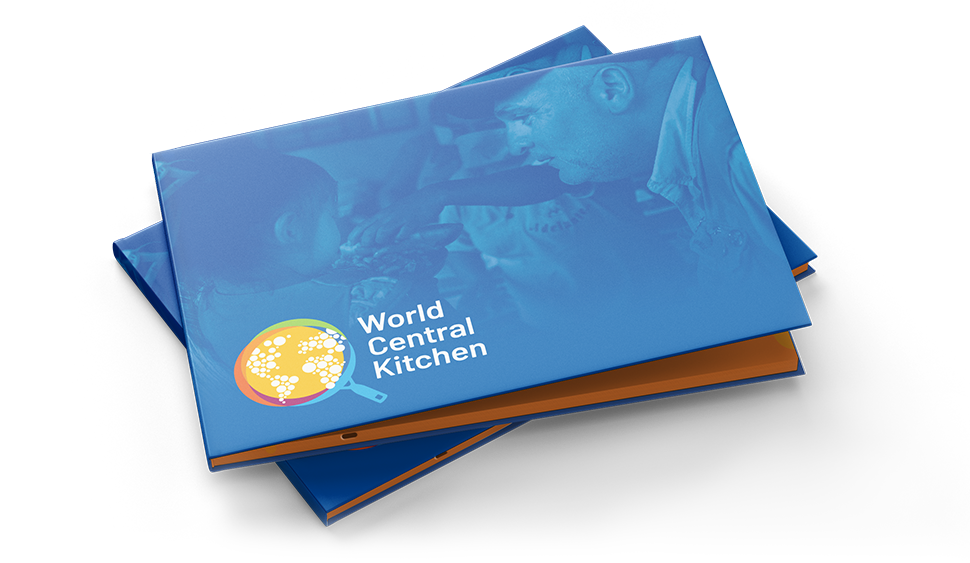 After exponential growth and high-visibility impact, World Central Kitchen wanted to refine their logo and establish a more confident brand design for their marketing materials.

Celebrity chef José Andrés’ nonprofit World Central Kitchen (WCK) swiftly mobilized to provide millions of meals in the aftermath of Hurricane Maria. Suddenly in the spotlight as an emerging major relief organization, WCK’s brand (including its complicated but beloved rainbow logo) needed a refresh to match the professionalism and proven impact of their expansive efforts.

the whole world in his pan

We honed in on an approach to refining the brand through a series of explorations and strategy workshops with the WCK team. It was important to preserve the essence of the existing logo — the pan silhouette, bubble world map, and warm multicolored palette — while solving stylistic and logistical problems and building a more useful set of logo lockups.

We extended the brand’s approachable color-blocked style with hand drawn accents in WCK’s 2018 annual report. We collaborated with the WCK team to conceptualize, design, and produce an engaging map-inspired annual report that showcases the breadth of their work that year. 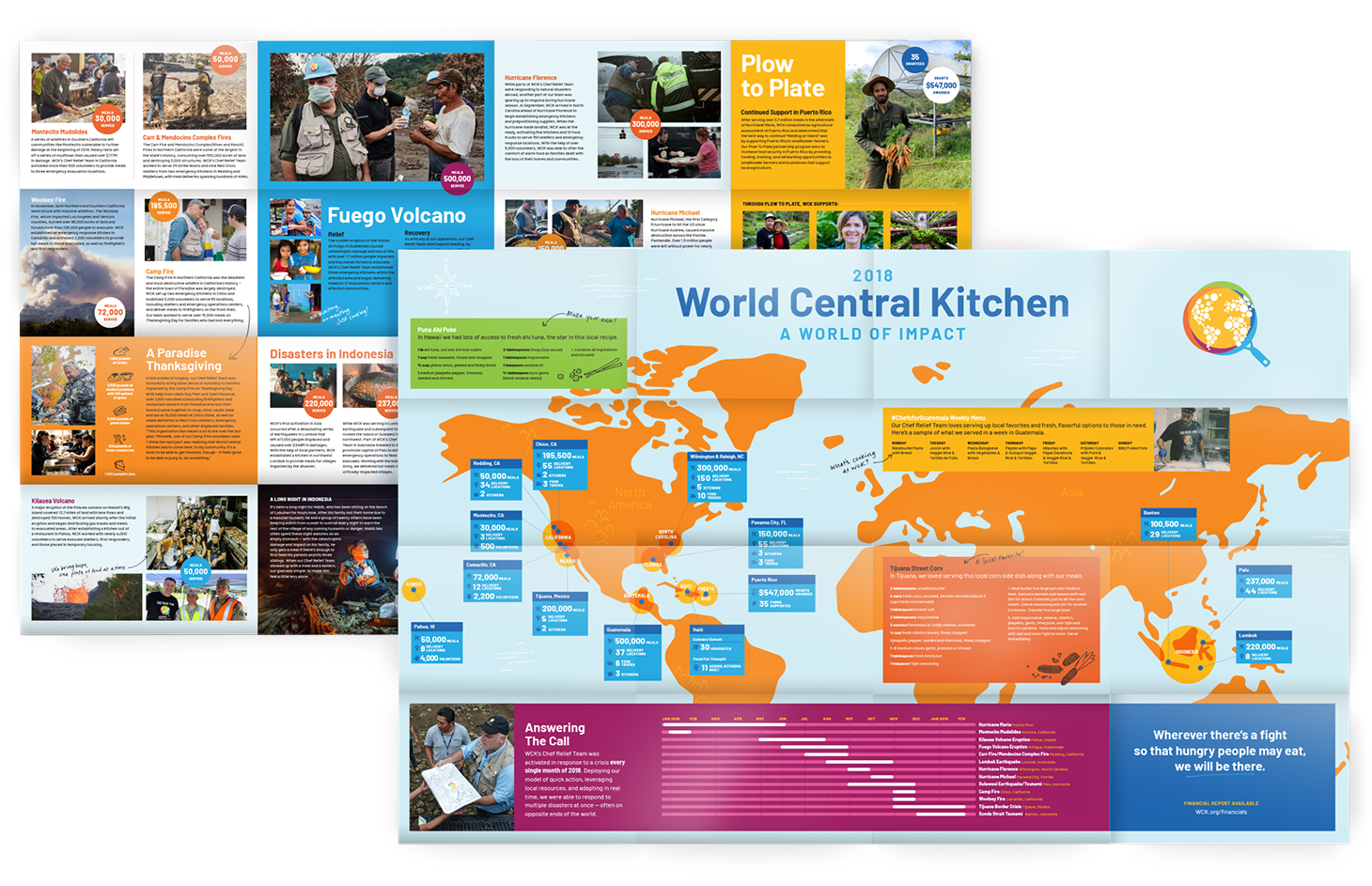 We also applied the new brand to a promotional video book, featuring José Andrés and WCK in action, and we designed restaurant bill inserts with a “Share a Meal” campaign in connection with the UN’s World Food Day. 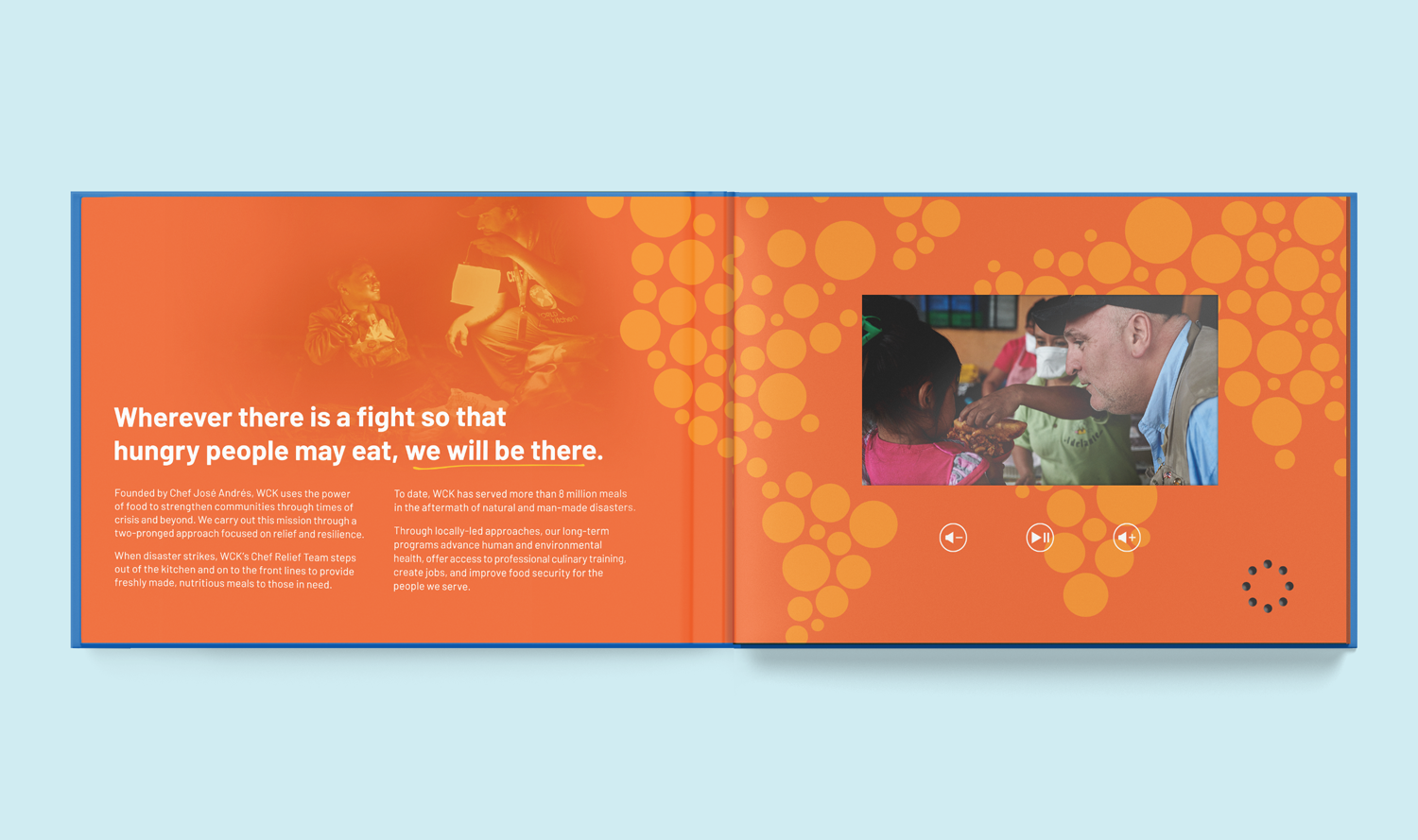 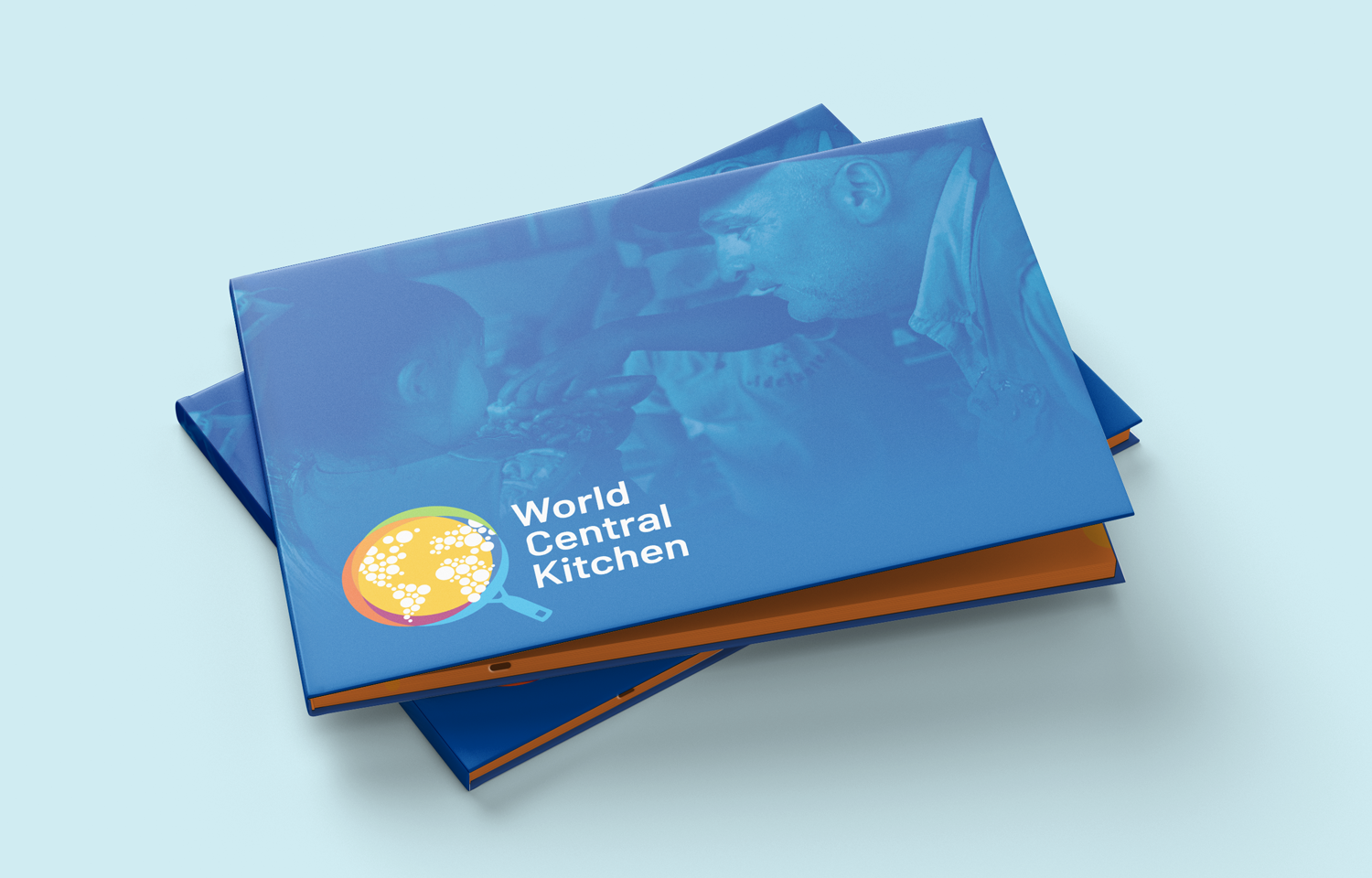 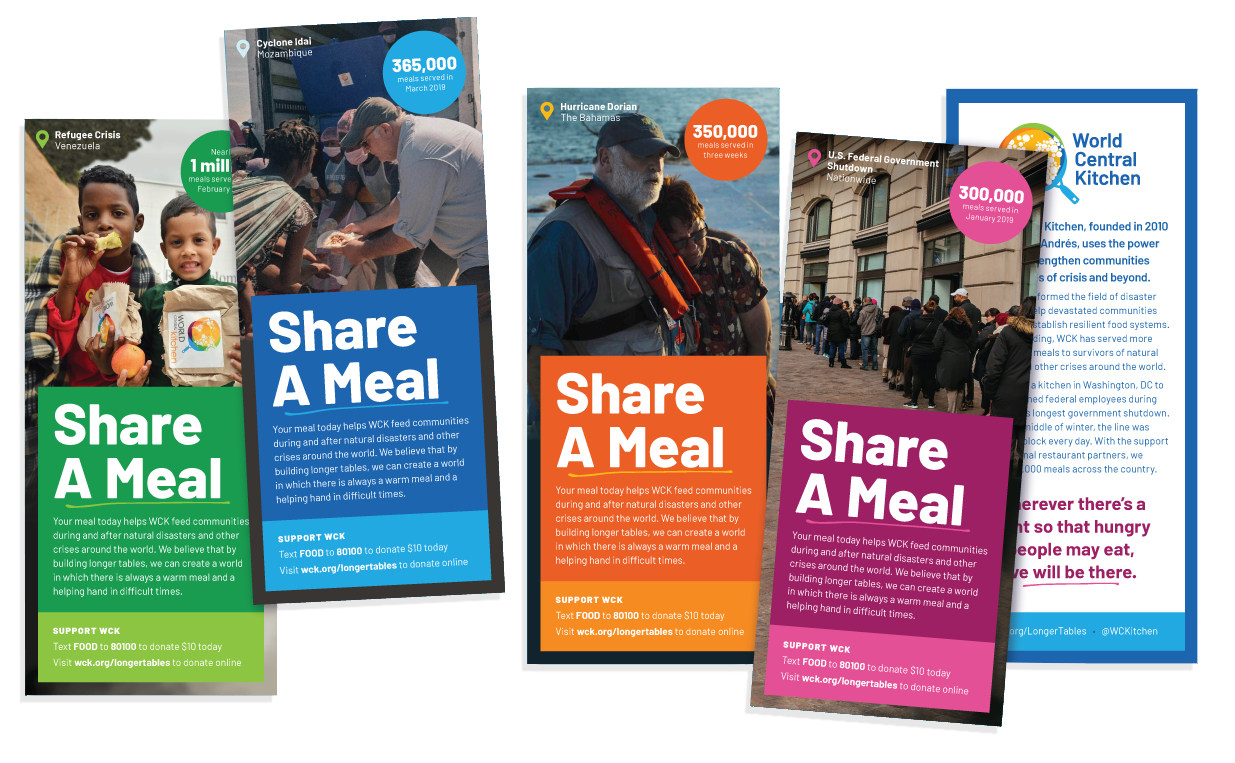 wck around the world

WCK's mantra is “Wherever there’s a fight so hungry people may eat, we will be there.” They continue to activate in response to natural disasters and manmade crises across the world, and their colorful brand travels with them. The logo is a vibrant sign of hope and hospitality on food labels, t-shirts, and trucks at every stop. 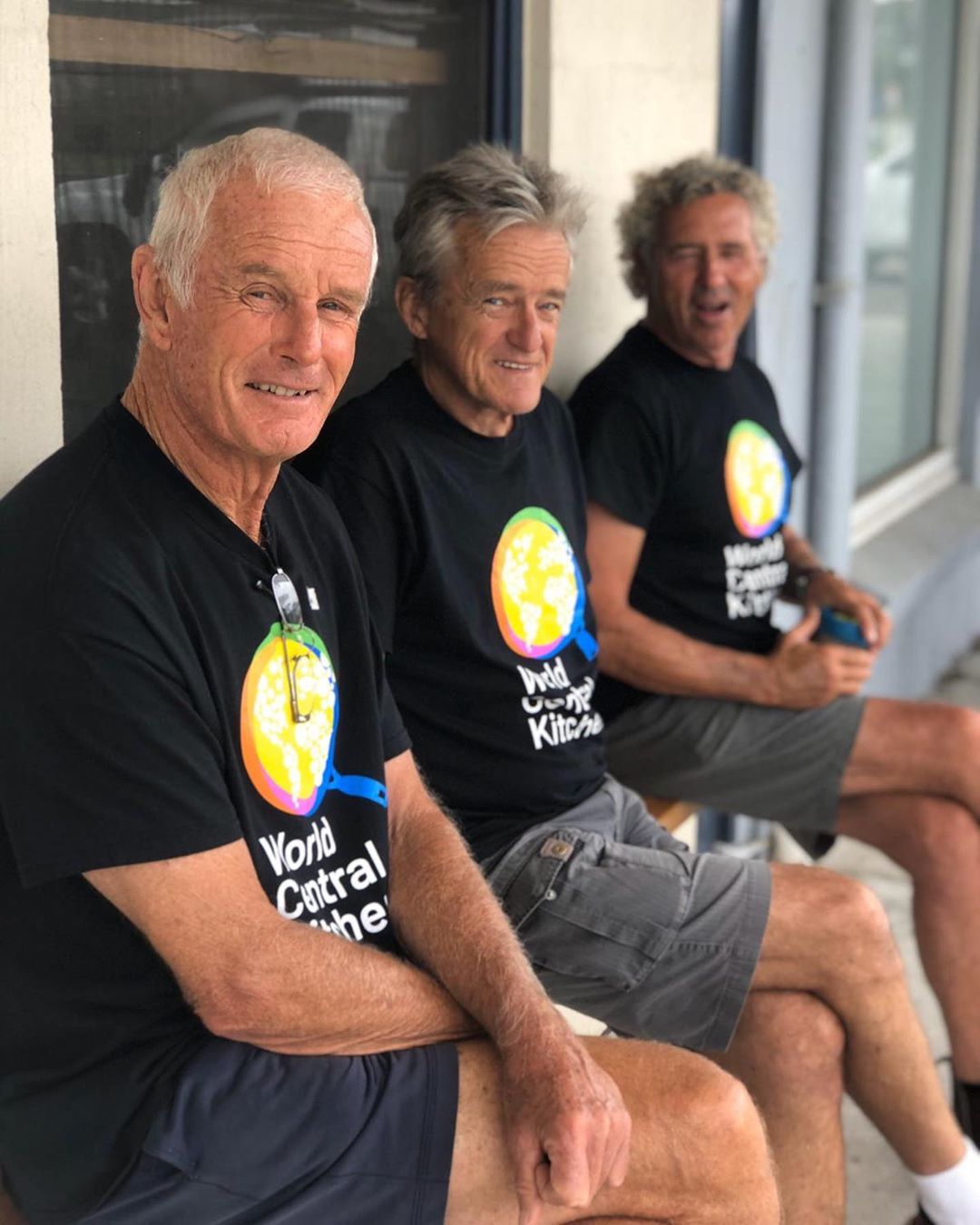 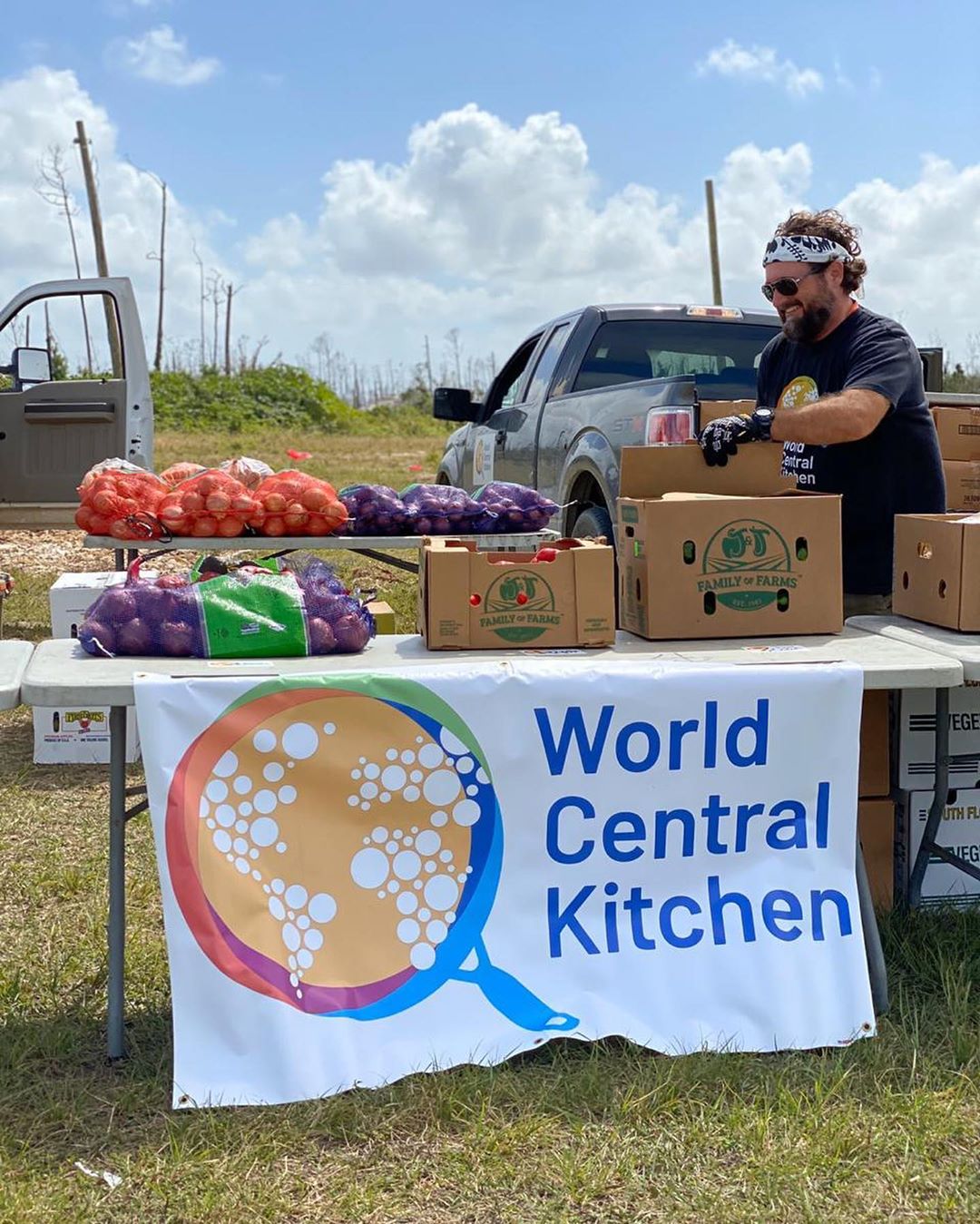 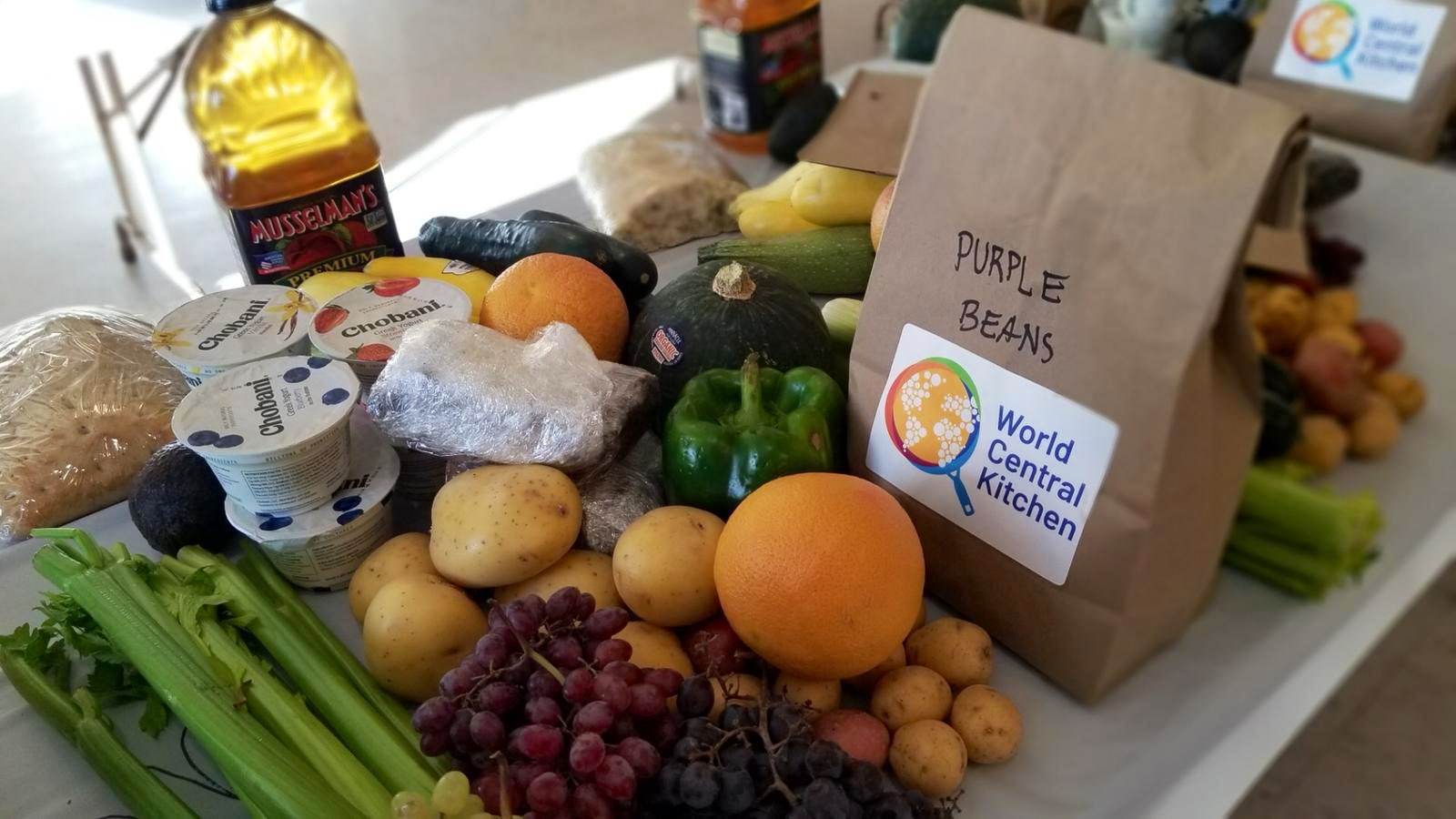 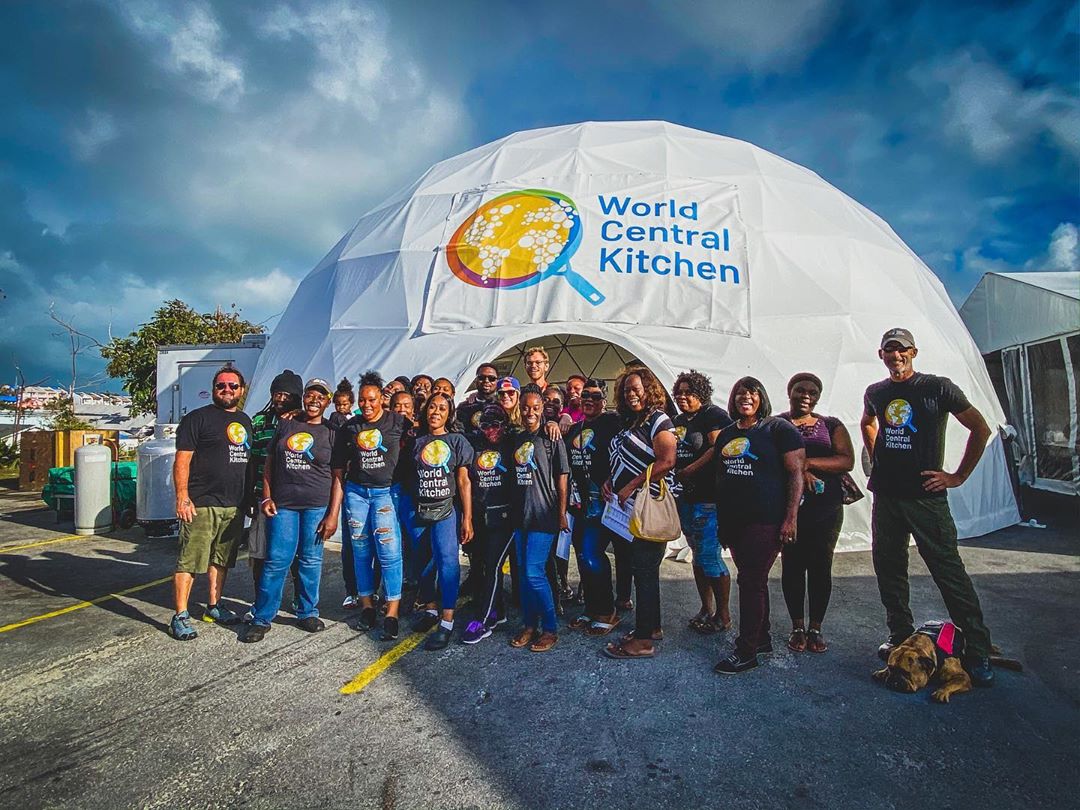 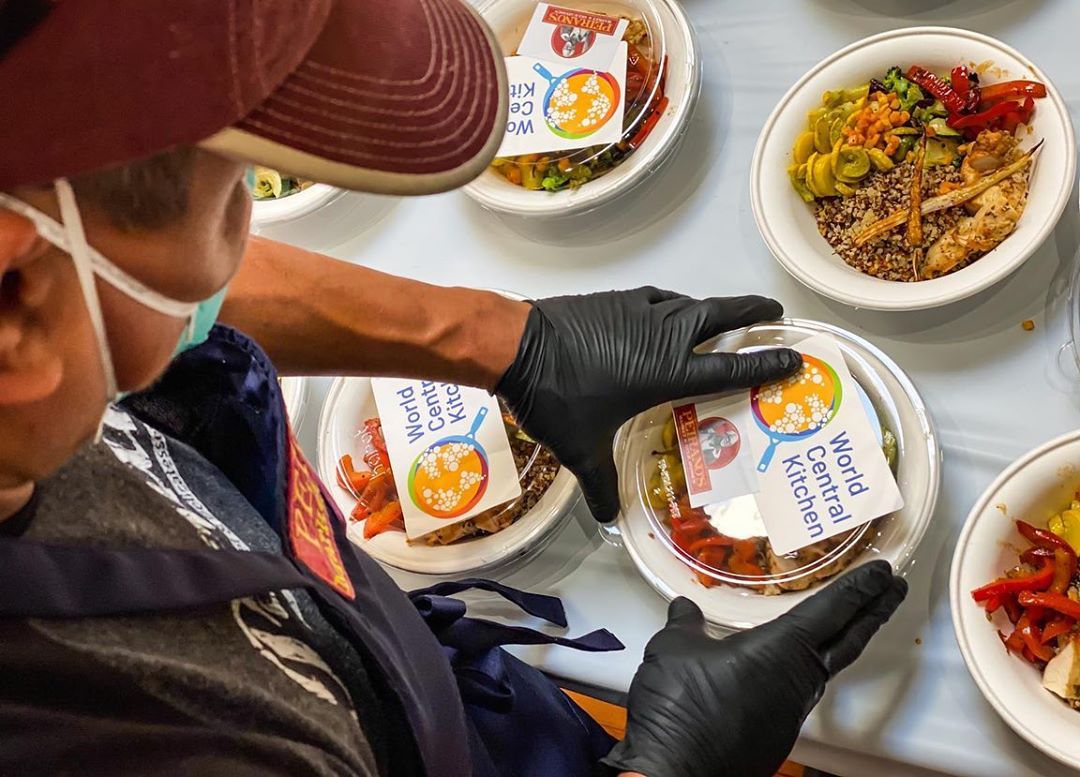 WCK’s impressive work gets the logo some serious attention, including a feature on the massive NASDAQ billboard in Times Square, on The Late Show with Stephen Colbert, and on the cover of TIME Magazine. 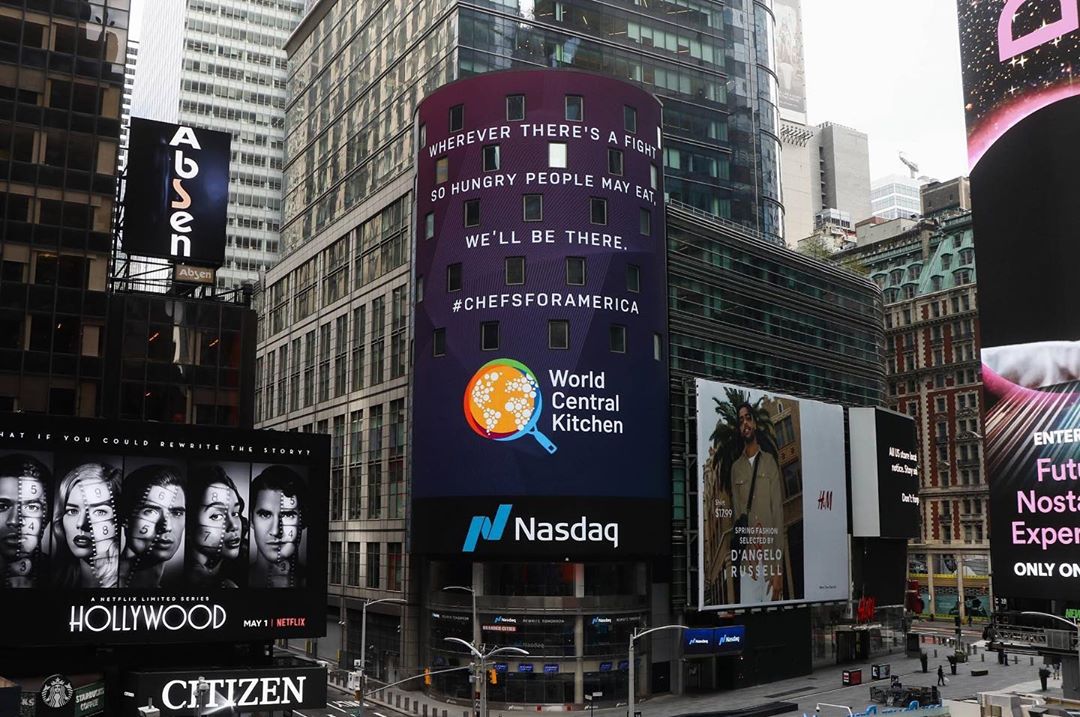 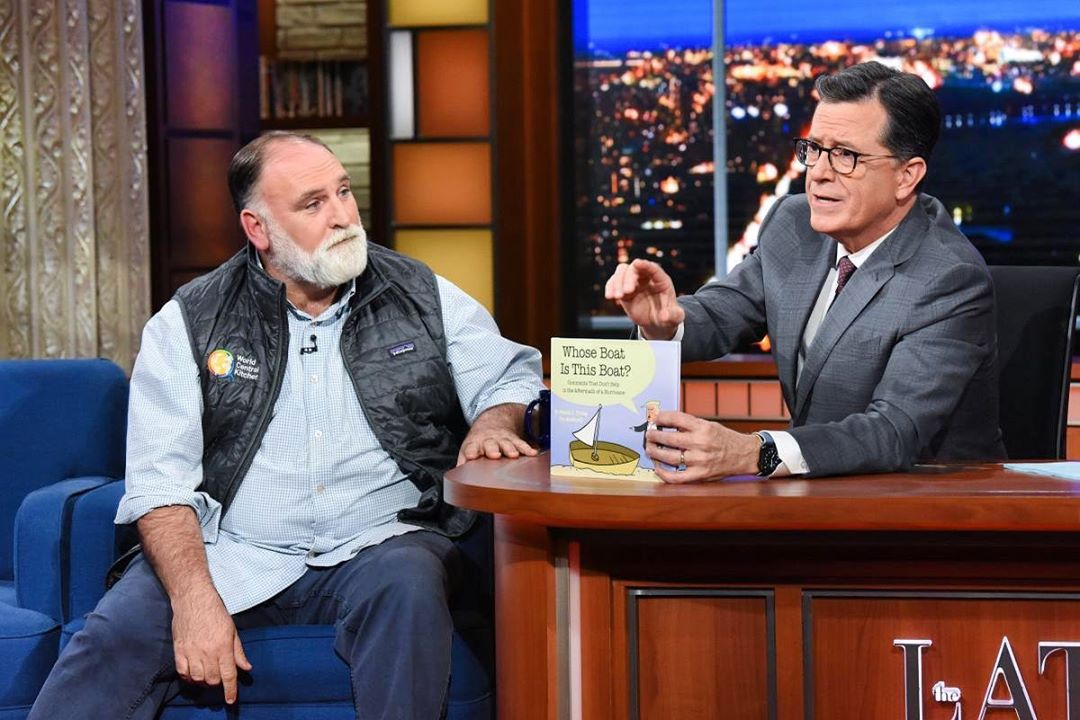